skip to main | skip to sidebar

Northfield, Minnesota in a book


Hi,
Glad to be here blogging.

I did a post on Wednesday, January 26, 2011 with the title
History of Madelia and Northfield, Minnesota with Jesse James Gang in old Newspaper
Maybe you read it. Maybe not.

Maybe the town in lower Minnesota is not unknown to you  readers. Actually I am not familiar within the town either only the  location which is lower than the twin cities and a bit west of the great Mississippi river. . And a bit of stuff here and there one learns about a town in one's home region. I thought I would take a few minutes more to mention the book  MORE THAN A DREAM  written by Lauraine Snelling that features the town of Northfield. She has a series of books  about the Norwegian immigrants who adapt to North Dakota by the Red River Valley.

I have been Kindle reading through Amazon as many as I can.  I only had fours left for some of my selections and decided that if I could only read one;  I would read the novel  with Northfield location in the early 1900's.  The plot seems to  take place in the early days when there seemed to promises of telephones and electricity, and automobiles. A time when  one would think they had little time to read.  Ahhh, but that was not the case. They not only read but they studied and memorized.  And some were students as the case of our Elisabeth.

The women of these novels are fantastic. They have become Doctors and Teachers and proprietors of wonderful stores. At the same time as a career they have  wonderful husbands ans engage in so many social activities.  It's a wonderful perspective of these Norwegian settlers and their children in this Red River region. [It's not the same as Jane  Seymore  on tv,  who shared  her medical career with us]
IN this case its the doctor Elisabeth whose romantic life unfolds  as she pursues her medical career in the novel More Than A Dream.And at the same time were reminded of all the other members of her family that we have had the chance to know all about their lives in the other books of the series.

I'll See you later when I am not reading.
Posted by arootdigger2 at 12:00 PM 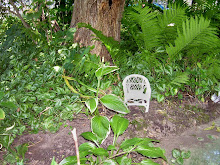 Please Let me know you were here.

Sit down and stay awhile 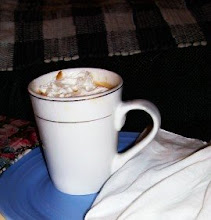 Join me in a cup 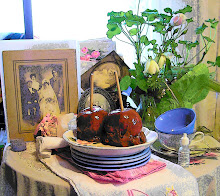 arootdigger2
Keep me with a computer and I am happy. When a young girl, I was a bookworm. I was always reading. I found some change with the television. In 2000, I discovered I did like the computer! Once I learned some basics of computer there was no stopping me from using it. I have learned it could nearly take the place of both books and television. I can still find time for my family and all that entails. I am always interested in the mystery of the extended family. I always am searching for the "story" of a situation. I seem to be always searching for beauty in the world, and in life. I always also want to know why about everything